One of the places we plan to visit on the trip is Dover Castle. Of course, it was built by King Henry II and the inside of the castle is restored to his time period—so it looks like it would have when William Marshal was alive:
Shameless Plug for my Book Again: See more here. 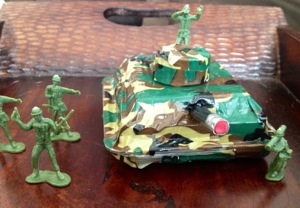 But, Dover is also where the British came when they were fleeing Dunkirk during the fall of France in WWII. To educate the kids on this, I found an amazing book called The Little Ships by Louise Borden. The story is from the point of view of a girl who goes with her father to help rescue soldiers from Dunkirk. It is well told and appeals to children because of the main character. The author also provides a good afterword on the history of the experience.

I find the evacuation to be one of the most compelling stories of WWII and British resolve. I know many people look to the Battle of Britain. And, that is an amazing story of fortitude as well. But, for me Dunkirk is fantastic because it is a moment when people have to come together and help each other make the best of a bad situation. It also teaches the lesson to fight on, even when you think you have lost because you never know what happen. This is a theme in my King Alfred book as well. (Shameless Plug)

After reading the book, we made our own WWII tanks.  We started with some very simple items: 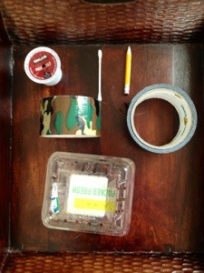 Step 1:  Clean out the coffee pod and cut in half.  Keep the bottom portion and throw away the top ring.  Cover the cut-down pod in camo tape.

Step 2: Clean out the berry container.   Flip it upside down so that the container looks more like a tank.  Cut a round hole in the top of the container.  We made a hole large enough to put small green arm men inside the tank.  (If you plan to put men in your tank, make sure not to tape the berry container shut.  Getting them out of the hole can be tough.  It is easier to just open the container.)    Next, cover the container in camo or black tape (We used two types of tape to represent two different armies.  The Nazi’s were black).

Step 4: Cover either the Q-tip or small pencil in tape.  This will be your gun.  Once it is covered, punch a small hole through the middle front of the tank using the tip of a pair of scissors.  Tape the gun in place.

Step 5: Have fun playing with your homemade tank!

Finally, we completed a two-page worksheet I made on Dunkirk. Page one is a quick explanation of the event. Page two is a simple chart of the number of troops rescued each day. You can get a copy of the worksheet here: Dunkirk Worksheet and Graph.