For the past two years I intended to do a few Titanic themed Mom Camp Days. And, every year we get to the end of the summer and it hasn’t happened.  Well, this is the YEAR people!!!

The kids on the other hand are less than enthusiastic about this little project.  We started off by watching a documentary on the Titanic.  From the start, no one was really interested in the show, including The Captain. The kids rebelled saying it was very boring and I shot back that it was educational and that we are doing our Titanic Days!!!!!  Cinco started saying the ship took 2 hours and 40 minutes to sink and that was all he needed to know about the event.  LOL.

Not the best start to Titanic Day.  However, once I explained we were going to go to the Titanic museum, watch the James Cameron movie, make a mini-Titanic and do some science experiments they seems to be a bit happier about the experience. 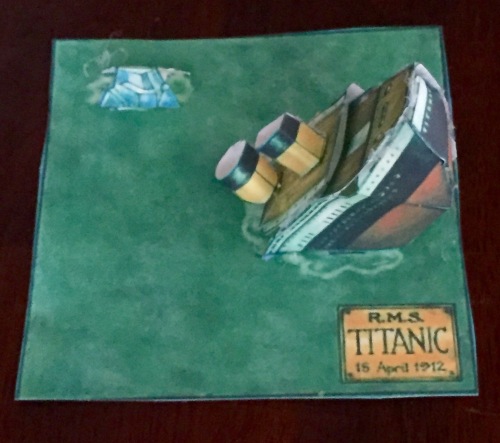 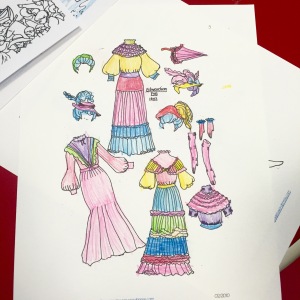 The Princess created paper dolls with outfits related to the time period.  Technically, the outfits are from the Edwardian 1900s.  But between 1900 and 1912 the fashion didn’t change too much.  So I went ahead and used them anyway.

They also colored images of the Titanic sinking that I printed out from Activity Village. Download the picture here. Activity Village also had a fun worksheet that asked the kids what they would pack if they were sailing on the Titanic.

Cinco completed a primary source worksheet from Education.com about two passengers from the ship. Download the worksheet here.

We ended the day with popcorn and the movie,Titanic

.  Cinco and the Princess got a hand me down electronic keyboard and tortured The Captain and me with a Casio version of Celine Dion’s My Heart will Go On for years!  When Cinco finally heard it as the theme from the movie

he asked if that was the original version.  How funny…

Although they have seen plenty of other PG-13 movies, this one turned out to be a mistake.  Both kids started crying about 2/3rds of the way through the movie. Too depressing I guess.